The Zoots perform for Claire & Dan at The Tythe Barn, Oxford

Hellllo Friday! The end of a working week for some, the start of an awesome weekend performing for us! And this week, we’re in Bicester. Wedding band Oxford

And it is lovely. We’re performing for Claire & Dan, a gorgeous couple and their lovely wee lad George. He’s a sweetie. I was lucky enough to meet Claire a few weeks earlier to discuss all things wedding! We met at their wedding venue, The Tythe Barn. What a venue! The gardens were gorgeous, the driveway immaculate and the barn itself was just wow! I’ve taken some photos which fail to do it justice at all, it was stunning!

“The Tythe Barn is a beautiful 14th Century stone and thatched structure with an elegantly rustic interior which has been sympathetically restored and lovingly renovated so that the essence of the building itself remains untouched- revealing all the beauty of the past yet combined with a contemporary twist.” (http://www.thetythebarn.co.uk) It was so great to meet with Claire & run through the plans for the day, where we would set up, where was best to load in and what timings would suit. It was so, so helpful and made everything run so smoothly on the day. We also ran through Claire & Dan’s song choices, they were fab! They’d picked some terrific songs from our repertoire for us to perform on the night. I loved hearing about the wedding planning, the decor, the food and about Claire’s dress. It sounded amazing. I got to meet George too, he was fun, and enjoyed playing the gravel whilst Claire & I discussed the details. I was luckily enough to meet Will that day also, owner of the Tythe Barn. He was super friendly and helpful, and it was so clear that they knew exactly what they were doing.

Before we knew it the 3rd of October was here. Zoots DJ Stu was especially excited as Claire, Dan & their guests had selected some pretty special songs for him to DJ. We arrived early, fortunately we’d allowed loads of extra time for traffic which was very handy as we needed it! Think the world and their wife had taken the same route we had! The weather was glorious, it had such an autumnal feel, warm in the sunshine, but with a slight chill, enough to want wrap up warm. When we arrived, we met with Will & his lovely pup Reg, who came out to say hello. At only 6 months old he was so well behaved! We had a couple of hours before setting up so we ran through some songs in our dressing room. Yes, a dressing room! At The Tythe Barn, we had a whole room all allocated which was just brilliant and really does make all the difference to our performance, having a space we can used to get changed & warm up in. Big thanks to Will & the team for looking after us so well!

The hours flew by and before we knew it, we had received the nod from Anita, who was running the day at The Tythe Barn. We moved the van and began loading in. Claire & Dan had put up some really awesome illuminated letters, a HUUUUUGE ‘C & D’ and a heart. They looked so cool, a really good focal point for the day and the evening. Anita & her team were super quick at clearing the space for us to being our load in and set up. You could tell they had done this loads of times before, everything ran like clockwork. During set up I managed to say hello to Claire. She looked simply gorgeous! I was really pleased to see her again and excited we would be performing for them in just over an hour!

We set up quickly in the very cool barn. We were to plug in to specific sockets at The Tythe Barn as they use a limiter system for all their live music. A limiter is a sound restriction which prevents noise levels from going over a certain decibel. The band or music creators will receive a warning (usually in the form of a light) to let them know if they are close to the limit, and if they remain over their limit for too long, the power will cut to the equipment for a few seconds before kicking back in again.

Limiters are usually installed in venues near residential areas, or perhaps where animals are near by as a sort of compromise for having live music. Although they are sometimes tricky to work with, it does mean that live music can be continued to be played in venues where otherwise it may not have been possible. It’s always good to check with your venue to see if their are any sound restrictions as it may dictate what size band, musicians and entertainment you are able to have. Fortunately we knew before-hand about the limiter and had spoken with Claire about it before the big day, letting her know it may sound different to expected. We took the necessary precautions to ensure we didn’t go over the limit on the night and it ran really smoothly.

Claire & Dan had used pompoms to decorate the ceiling, hessian to decorate the tables. We put our lights up and the Tythe barn had loads of cool lights of their own. It looked brilliant! After a quick soundcheck, we were ready!

The night began! For their first dance, Claire & dan had chosen ‘You’re My Best Friend‘ by Queen. We learnt it especially for them as it wasn’t a song we already knew. After listening to the song a few times, we felt like it was a track which would suit our style and line up. It was lovely. We really enjoyed performing it for them. It went down so well. Claire & Dan looked so happy dancing together. After the first dance we launched into our first set. The crowd we’re brilliant! I don’t think Claire’s mum Barbara stopped dancing all night! Highlights from the first set included, Twist & Shout, Do you wanna dance, Beggin, Brown Eyed Girl, I Shot The Sheriff, Suspicious Minds and Red Red Wine and of course ‘Happy’ one of George’s favourite songs. Claire & Dan had chosen some really brilliant songs from our song list.

The first set went so quickly. It was over before we knew it. Claire & Dan had kindly arranged for us to have some of their evening food, tortina’s provided by Jamie Olivers Food company. Meanwhile DJ Stu kept the dance floor busy with the tunes he was putting out. 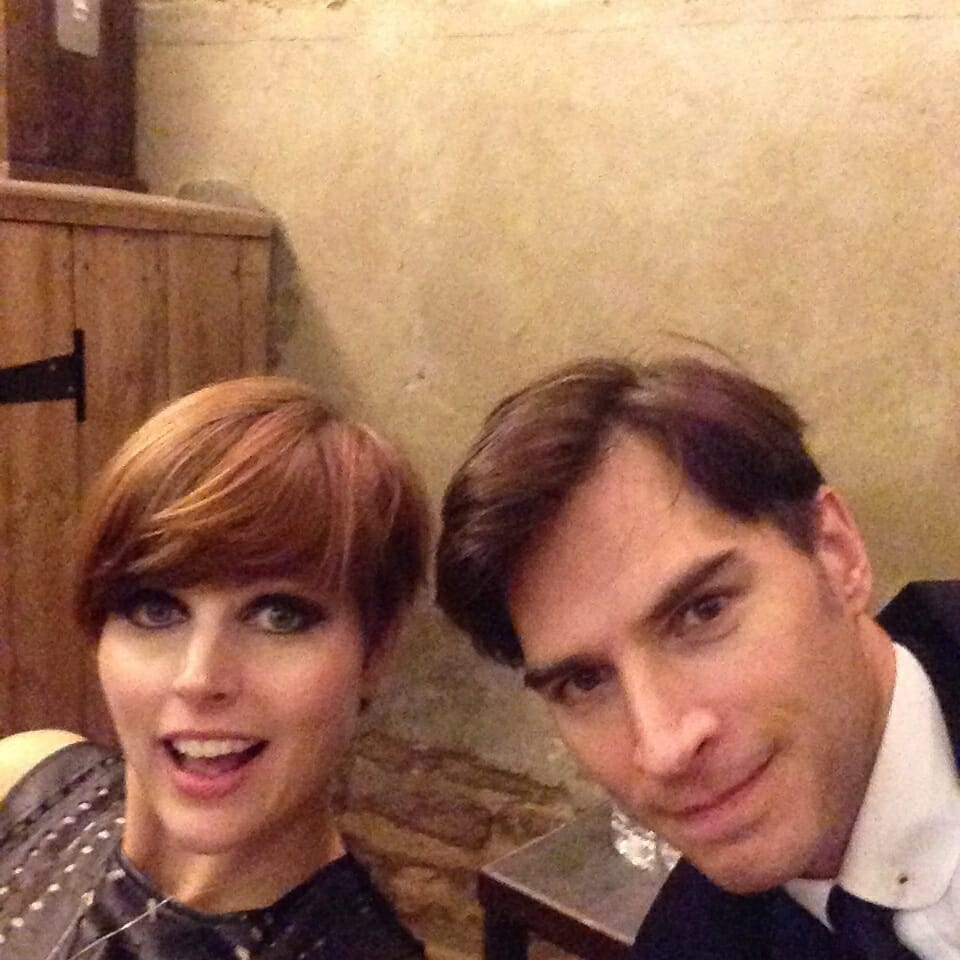 After a lovely chat with Claire’s mum Barbara, some food in out bellies and some deliciously hydrating water, we were back on for our second set. It went even quicker than the first! We performing hit after hit of songs such as, Walk this way, Funky Music, Don’t stop me now, Living on a Prayer, Hey Ho and Get Lucky. We have such a big song list, its great to be able to fill the sets with loads of songs from every era, meaning there is something for everyone. In the blink of an eye it was over and the lights were up and the crowd were chanting “ONE MORE SONG ONE MORE SONG ONE MORE SONG”. We would have loved to have played one more song, but rules is rules and our time was over :(. Taxis were lining up to take the worn out guests to their cosy homes. It was brilliant. One of the best nights ever.

Thank you so much to Claire & Dan for choosing us as their wedding band and thank you to Will, Karen & Anita and the team at The Tythe Barn for being fab. We had one of the best nights we’ve ever had. It was so brilliant performing for such a wonderful couple. Have a great honeymoon guys, hope to see you again soon! Love from, The Zoots xx Follow us on Twitter: @thezoots Follow us on Instagram: TheZoots