Shrove Tuesday and team Zoots are making their way up the M5 and M6 towards Cheshire. This is our 2nd date of our series of “Showstoppers” dates we are booked for all over the UK. Our first Showstopper was alst Tuesday at Corton Coastal Resort, you can read all about it here.  We were looking forward to another amazing performance.

The Zoots first performed at Alvaston Hall back in 2010 so I was looking forward to returning and playing in a familiar venue. But as we drove in, I was really puzzled! I recognised the hotel building but everything else I could see was brand new! Later on I found out that Alvaston Hall had, had £12.5 million refurbishment in 2014. It now looked fantastic!

We were performing in the Grove Caberet restaurant. It was such a huge space, we were told to expect around 450 guests. The stage huge, and had a cool frame surrounding it. The Zoots and I set up our equipment and got ready to soundcheck. 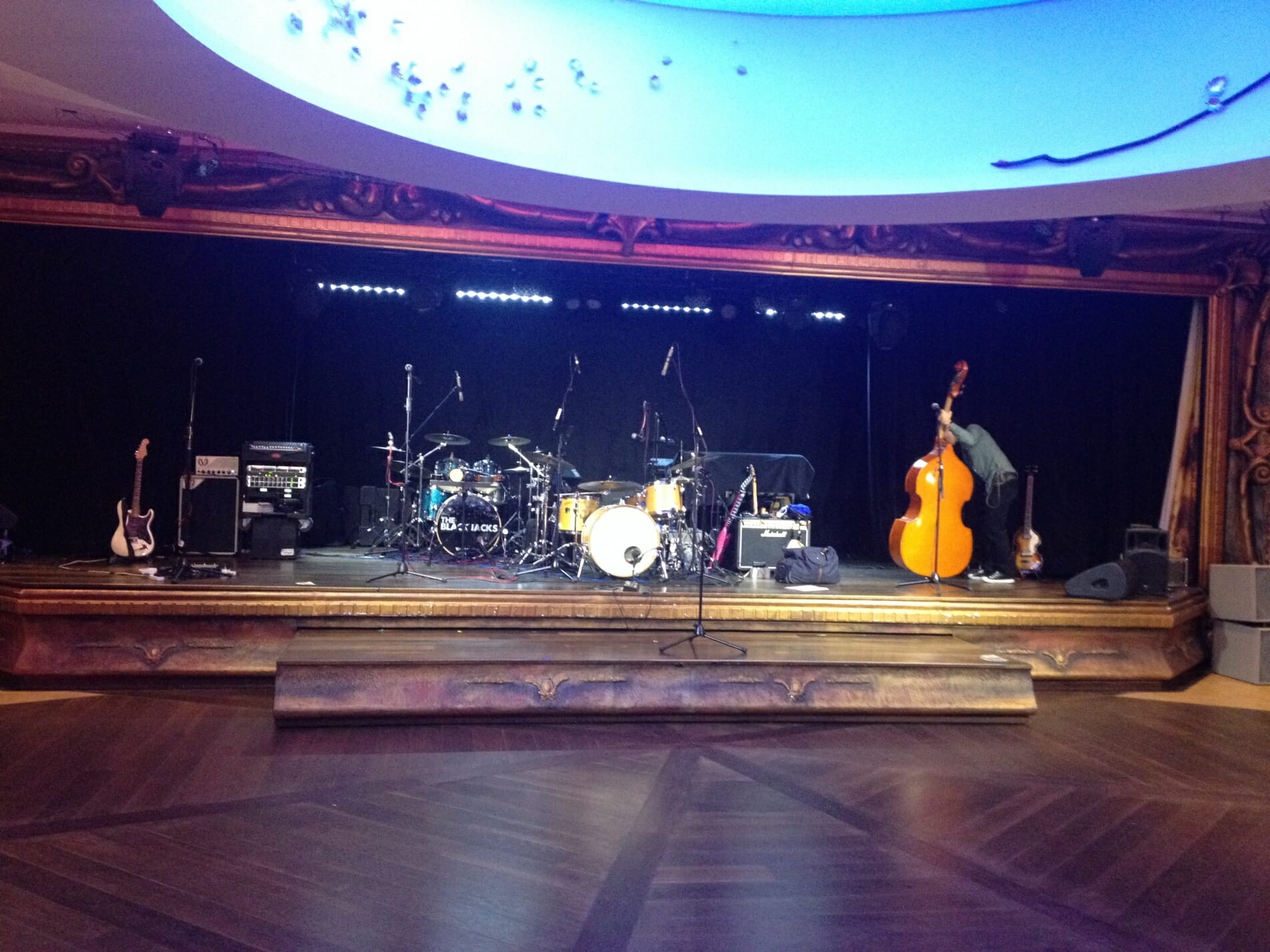 After we set up, we had a delicious 3 course meal with our very special guest evening; Valerie Hollins. Ben and I had a fish pie, Simon and Valerie had the Beef Wellington, Harriet had the carvery and Dan had the vegan stir fry. Being Shrove Tuesday; I had to have a Pancake with honey and lemon for dessert. All in all, a very tasty and enjoyable meal! Thank you to everyone, especially Amber, who looked after us so well on the night.

The Zoots and I went back stage, warmed up, got changed and Harriet took about 774 selfies of the band. Here is just  of them.

Soon it was time for us to go on. We kicked off our show with a Beatles medley of “I wanna hold your hand” and “She Loves you” followed by “Sunny Afternoon” by The Kinks. I introduced all The Zoots to everyone at Alvaston Hall. The crows loved it and we received rapturous applaudes after every song.

Part way through the set, Dan switched on to double bass. It was brilliant and everyone (including us) loved it! Just look at him go!

We invited everyone on to the dance floor for “Summertime Blues“, “C’mon Everybody” and “8 days a week“. It was a great feeling, watching everyone enjoy themselves as the dance floor became busier and busier!

Halfway through the show, we asked for a volunteer to come and join The Zoots on stage. Lucky for us, Glynis Woodward was in the crowd and joined us on guitar for one of our favourite songs, “Gimme Some Lovin’“.  Glynis was an excellent guest star – we’d love her to come to another show! 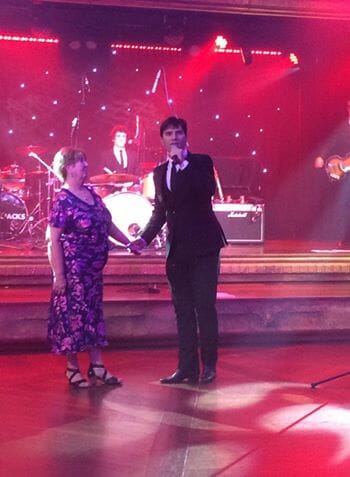 Everyone had a great show and we all fed off the fantastic audience who sang along to every word. There was a tremendous atmosphere and I was so pleased to be part of it!

I brought the crowd together to hold hands for the final song of the evening, ‘Hey Jude‘.  It was pretty special.

Here is a video of The Zoots version of Hey Jude by The Beatles at the end of the show kindly filmed by the fabulous entertainment manager, Drew.

The Entertainments team Drew, Shannon and Emily were fantastic and they really welcomed us to the venue. Here is a picture of Drew and Emily. Thank you very much to Shannon for all the photos!

It was such an excellent night and very satisfying to see so many people enjoying the show. Well done team The Zoots! We have worked hard on the show and it feels like we are making a lot of people happy. Take a look at our dates, we are getting so busy, it’s great!

Thank you to all the band Dan, Simon, Ben and Harriet, our agents, our fans (thanks mum) and everyone who has helped us on the way.

“Very Very Well Received – Absolutely bloody fantastic. Such lovely people. Sound check was slick & easy. Great balance of sound. Great showmanship with guitars. The show started gradually and then Dance floor kicks in and by  the end everyone was on the floor by the end holding hands singing. Yes please, can we have them again? They will rock a 60’s live weekend.”