Friday 25th August is a special day for The Zoots as it’s our drummer Simon Small’s birthday! Simon was happy to perform on his birthday but luckily it was going to be an amazing show. Our debut show at The Palace Theatre Paignton in Devon!

I had been to the local radio station Seagull FM earlier in the week, Jason, Mel, Phil and Sean from the station had been helping us to publicise the show in the lead up to the big day. Here is some photos from the interview. It was fantastic to meet the team, Phil (on the left) played drums on records for ELO, Mott the Hoople, the Giltterband, Thunder and some of my favourite ever songs! Thank you  so much Seagull FM!

We set up and soundcheck but it was a lovely hot day outside. Maureen, Lee, Clive and all the team at Paignton were super friendly and very helpful. Thank you to the ‘Friends of the Theatre’ who provided us with water, coffee, tea and snacks. It was at this point I got a little nervous as so much work goes into booking a show and then making sure people actually turn up and see you. All the local press were really helpful and we found lots of local magazines, newspapers and noticeboards were happy to help.

There were some very special people in the audience for me including my cousin James and his two children Chyna and Levi who came to see us for the first time. My Mum and Dad also bought me lovely niece Tallulah. They were all really excited!

As Jason Manley from Seagull FM went on stage to introduce us, we had no idea how many people would be there. Our sound man Ed was on hand to help us with our set up and he worked really hard to make sure we sounded and looked great. Clive and Lee were on the lights making sure we could be seen! As we performed the first song I was totally blown away with the energy in the room, the venue was nealy full and the audience were singing so loud that I could hear them over my own voice! it was a wonderful feeling!

The Paignton audience were so responsive and clapped so loud! It felt so nice to know the crowd were behind us (they were actually in front of us but you know what I mean!!). The audience gasped at Ben’s amazing guitar solo’s especially for Apache and Miserlou.

In the second half we changed into our guards jackets and I couldn’t believe the warmth of the audience! My neice Tallulah was so excited especially when I shook her hand, she had the biggest smile I’d ever seen which was such a lovely feeling. Thank you to Mum and Dad for bringing her along and for coming to your 10th Zoots show in as many months!

Halfway through the show Ed bought out a cake and the entire theatre sang ‘happy birthday’ to Simon! Here is a video of Tommy singing Mony Mony. the crowd were loving it!

It was fantastic to see the Sherlocks, Gemma, Henry, Rosie, Joan and Mike who I used to have many a Sunday dinner with when I was growing up. It was so nice of them to bring their entire Ukelele Orchestra too! 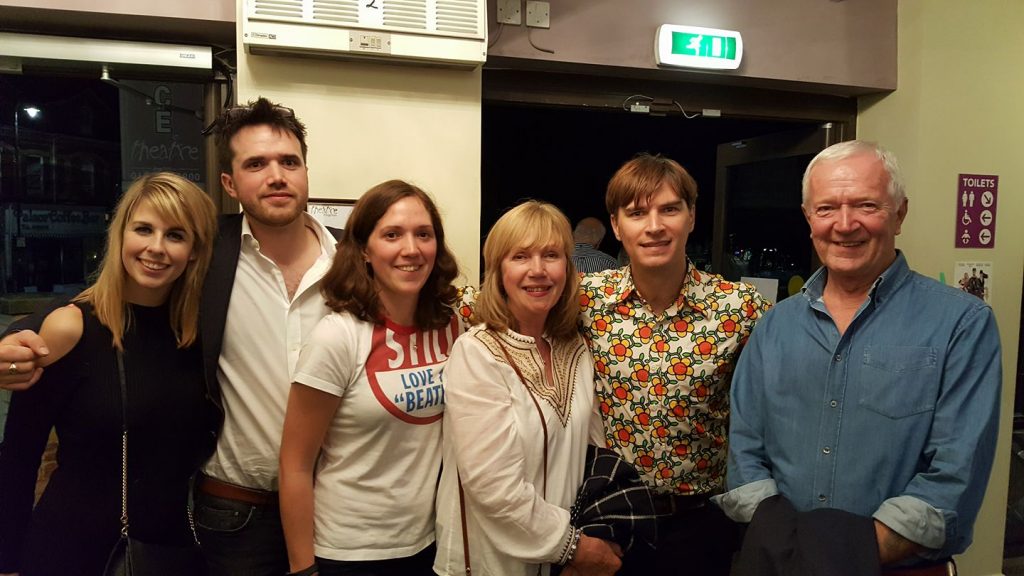 Thank you so much to Clive, Lee, Maureen, Alison, Heather and Rob for all your help on the night. It was a fantastic evening and we can’t wait to come back!

Thank you so much to The Zoots team for working so hard, it was a long day but we put on a fab show! Jamie, Harriet, Ben, Simon, Tommy and Ed on sound.