There have been many legends in music leaving the stage recently, Bowie, Prince, George Michael, Leonard Cohen, Bobby Vee, Glen Frey, Rick Parfitt & Chuck Berry but there is one music legend we have lost that you may not have heard of; my friend and mentor Laurie Jay.

Laurie started his career as a drummer and played all over the world in countless bands including The Shadows, The Echoes as well as playing for Chuck Berry, Gene Vincent and Jerry Lee Lewis.  He even taught Dave Clark how to play drums! Laurie also fronted his own band the Laurie Jay combo who released 5 records from 1962-1965 the later with Decca records. 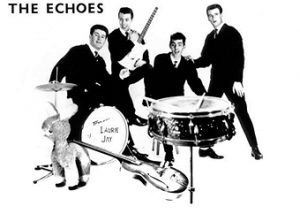 Laurie then became responsible for booking the acts at one of London’s most successful clubs ‘The Scotch of St James’ and gradually started helping acts like The Average White band and Vinegar Joe featuring Robert Palmer and Elkie Brookes. Following the experience he worked for Carlin Music where we was director and took care of the Leiber and Stoller catalogue.

Laurie went on his own to manage Billy Ocean, who became a Grammy award winner who is the most successful black UK artist of all time. Billy became a worldwide smash and sold over 30 million records. All with Laurie at the helm.

I heard the sad news from Laurie’s lovely wife, Marion, last week and I was in total shock and denial. I was praying it was some kind of mistake but when I spoke to Marion today, she confirmed the news and I confess, I have cried alot, I am totally gutted.

To me Laurie was like a gift from a god, I met him just after my Uncle died and he really lifted my spirits during a difficult time. He kept me going and gave me a huge sense of gratitude. He understood the hard work and his praise gave me the confidence to carry on and be even stronger. We formed a great bond and we’d talk and meet almost weekly. 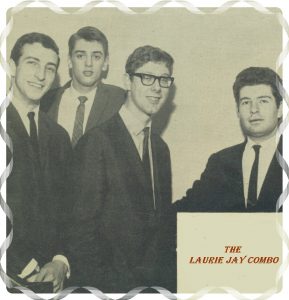 He was an absolute joy to be with; his stories and his laugh, I was in awe of him. I loved that Laurie was sincere and would always tell us to not get carried away with the hype of the music business. He encouraged me to keep working hard, he knew the value of hard work and was not phased by celebrity. He told me not to get everybody’s hopes up in the band, “when it happens, they’ll know about it” he’d say. Sometimes it was hard to keep things to ourselves but it taught me a valuable lesson. There is so much hype and nonsense in the music industry and Laurie was more straight talking and down to earth.
Laurie never bragged about who he’d met and who he’d worked with, even though he’d worked with some of the biggest names in music.

Most of the time we spent together we were laughing and joking. I loved our meetings and will never forget what he taught me. He always spoke proudly of his family and his lovely wife Marion would always be happy to see us when we visited.

Harriet and I were introduced to Laurie in 2014 by Richard Cohen who saw The Zoots perform at the Alhambra Theatre. Laurie suggested he might be able to help The Zoots and we got together to meet once a month between touring commitments. 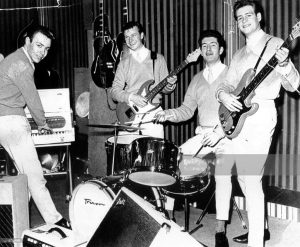 Laurie hatched a plan of how to put The Zoots on the map. One of his ideas was to make a Zoots cartoon like the Monkees and took the concept to a few TV executives in LA and New York. Laurie also met with Nick Park (Wallace and Gromit) with the Zoots ‘Toon’ as he called it. We also had meetings with record companies about releasing a new album but he felt the animation was the best way to launch the Zoots.

The last time we saw Laurie we were aware he wasn’t very well but Harriet and I were totally shocked and saddened by the news.

Laurie’s idea of the Zoots cartoon has continued and although we didn’t get the deal with Fox kids and Nickelodeon the band are working on a self funded animation pilot and recording some new original material to go with it.