I first met Anna-Louise, Stuart, Fraser and Elizabeth Bates with some of their extended family in 2015 on their holiday whilst The Zoots were performing our show on a cruise ship. Her son Fraser was the first ever volunteer we had perform on stage with the band for our theatre shows. Fraser was such a natural and we were so impressed with his performance on stage! We stayed in touch with Stuart and Anna and were delighted when we heard that Fraser started guitar lessons as he enjoyed playing with the band so much. 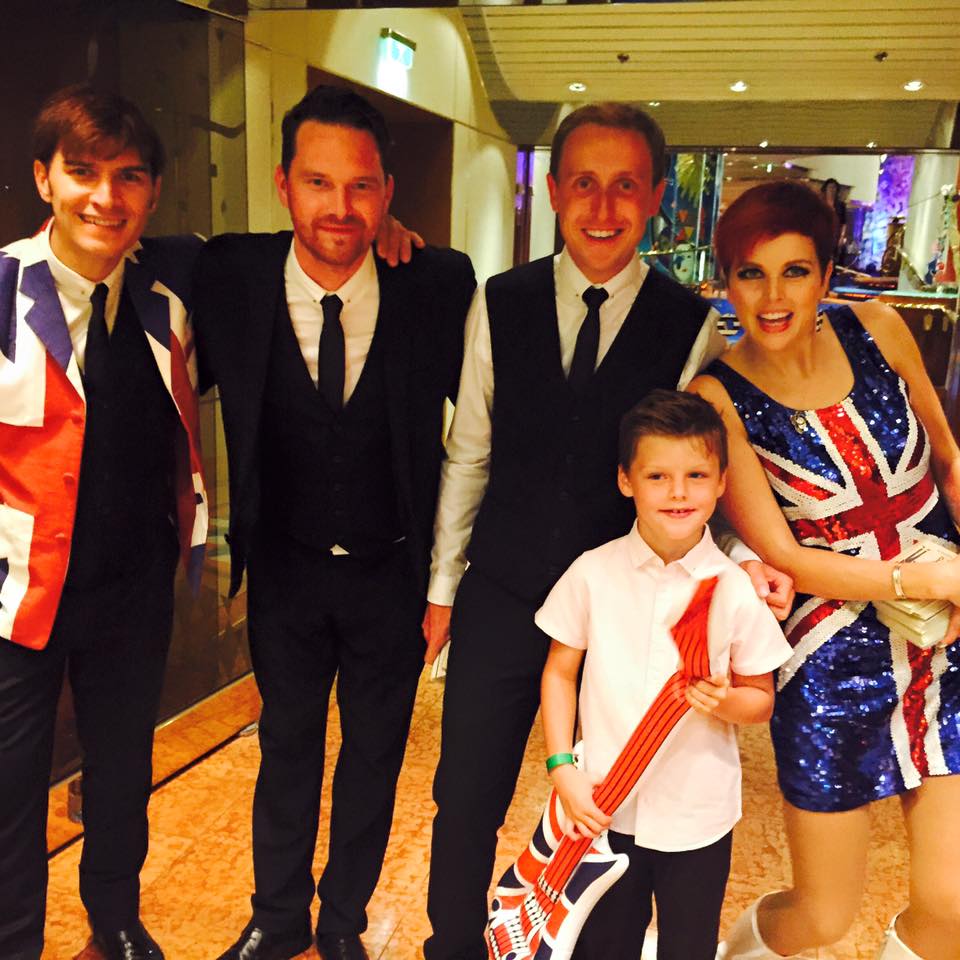 It was in December 2015 that we heard the tragic news that Stuart and Fraser had been hit by a car and killed. It was the most devastating news a wife and a mother could ever have. Fraser was however able to save 8 lives by donating his organs.


Even though Anna’s world was torn apart she was determined to carry on and to do something to help other people. Anna-Louise Bates is most inspirational person I have ever met and I am honoured to be involved with the charity. Anna helped to raise nearly £100,000 within a few months and founded the Believe Organ Donor Charity to help raise awareness of Organ Donation. Anna has taken the charity from strength to strength in a very short space of time. It has been in the press this month that the Prime Minister intents to change the law on organ donation. I cannot express how proud I am to say I know Anna-Louise, to have been part of her journey and how she has helped to raise awareness of this important matter. We are honoured to be part of the charity and to help Anna-Louise and the family to keep the memory of Stuart and Fraser alive and well.

This was The Zoots second time performing as the band for the Believe charity ball.

When we arrived at Cardiff City Stadium in Wales, we loaded in the equipment with the help of some lovely volunteers. We set up and sound checked in the hospitality suite which was decorated by the Cardiff City event team. The room looked really nice and the stage was set.

After set up we were very honoured to have our own table set for the dinner which we shared with some representatives of Barclays Bank. We enjoyed a delicious meal and got involved in some of the fund raising. Harriet bought a Fraser bear which she has been hugging since! There were some fantastic donations given to the charity including a Gareth Bale signed picture in a large frame, Steven Gerrard signed football shirt, a couple of flights anywhere in Europe donated by British Airways and lots of fabulous prizes.

After the auction, all the guests were ready to party with The Zoots! We started off with a set of songs with Tommy playing the double bass.


Pictures by Simone photography the official photographer for the evening.

Towards the end of the night we got Anna on stage. We had signed the guitar that her son Fraser played when he performed with us from two years ago. It was a very special moment and very emotional. It felt like we had the support of all the guests as we played throughout the evening.

Please have a look at the blog from last year too.

Thank you so much to Anna and all the fantastic volunteers for the Believe Charity for having The Zoots.
Many thanks to The Zoots team for working hard.
Jamie, Harriet, Ben, Simon, Tommy and Ed.
Find us on Facebook
Follow us on Twitter
See our photos on Instagram

Thank you for reading! Love from Jamie

We are looking forward to next years performance as well as some shows at The Alhambra, Metropolis, Cambridge,  Blackpool, Essex,  Herts, Dorset,  Oxford, Bath, Hereford, Bonhams Barn,Hants, Wales, Kent, Halloween and lots of 60s shows.