Jess and James Arthur’s wedding at Bowood House, Wiltshire May 2014

The wedding band in Wiltshire

Friday the 23rd of May 2014 had been in our diary for well over a year. I can remember the first time I spoke to the lovely bride Jess, she called us waaaaaay back in 2013 to see if we were available to perform at her wedding at Bowood House! She’d spotted our Zoots advert in Bride magazine and couldn’t wait to call us. We said yes and arranged to meet up with her to discuss the details and the running order of the day. Jess was even more lovely when we met her  and her and he mum Juliette in person, it was great to put face to names!

And doesn’t time fly! We arrived at Bowood House feeling fresh and excited. It was a nice day, slightly overcast, but looked to be brightening up! We arrived a little early so waited until the guests had sat down before we began loading in. While we were waiting we saw the Owl who was used to deliver Jess and James’ rings during the wedding reception. A real owl! Wow. It was great. Photographer Glenn from ‘Your Digitial Memories‘ was there and he showed us a great shot of Jess and James’ with the owl.

We were in the Kerry Suite at Bowood House. It’s such a gorgeous venue, loads of natural light, stunning views (often lots of deer to be seen) and terrific staff who are just so helpful and welcoming. We can’t thank them enough for their hospitality every time we perform at Bowood, they really are great and I know it makes such a huge difference to anyone having an event there. The Kerry Suite is an ‘L’ shape room, with a partition which can be used to close off the foot of the ‘L’ where we were performing. It was great for us as it meant we could set up at our leisure throughout the afternoon and soundcheck later once the partitioned was opened. It was really important to soundcheck with the room as it would be later on. Had we sound checked to a closed door, the sound would have been completely different. 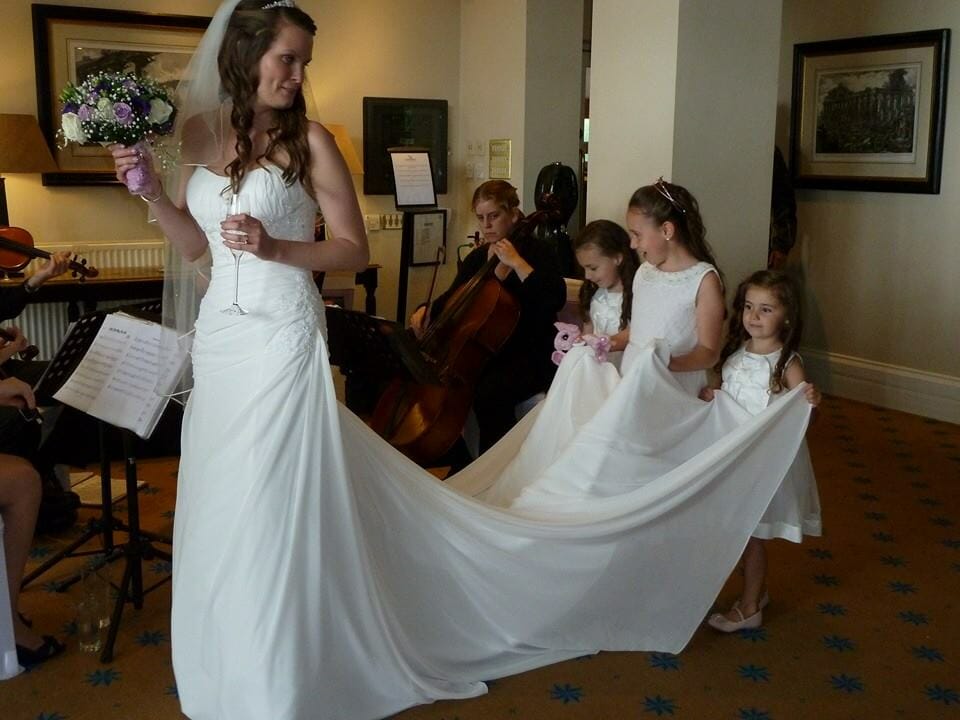 After set up and soundcheck, we had a quick break and enjoyed some sandwiches and bananas. The sun came out and bass player Stuart Morrell made some important phone calls and we got ready to go on!

We were ready. 1st set here we come! Jess and James had chosen ‘Stolen‘ by the Dashboard Confessional for their first dance. It wasn’t a song we were familiar with and it took a long time to learn but we loved it! We spent weeks learning and rehearsing our parts to make sure it was just right on the night. Their first dance was just beautiful. It was so great to be involved and do something special for them. Jess looked just beautiful! After the first dance, we launched into a great set with loads of cool tracks Jess and James had chosen from our song list. Highlights included, ‘Could it Be Magic‘, ‘Hound Dog‘, ‘I’m a Believer‘ and ‘Brown Eyed Girl’. Everyone was dancing throughout! It went so quickly! We had a quick break and handed over to Brian and Martyn from Cotswold disco association – Nitelife disco. They were great fun and so friendly and helpful and played some great songs – we loved their lighting rig.

After a quick break and a cup of tea, we were ready for our second set! It was BRILLIANT. We had some truly brilliant songs, including ‘Livin’ on a Prayer‘, ‘500 Miles‘, ‘Billie Jean’ ‘Locked out Of Heaven‘, ‘Happy‘ and ‘Don’t Stop Me Now’ – there were LOADS! Our song list is chocka with some awesome tunes, Jess and James did a great job of selecting some dance-floor filling tracks. Drummer Mike East took swapped places with front man Jamie Goddard and sang lead vocals on ‘Last Night‘. Bass man Stuart Morrell had everyone up and dancing and singing & “clapping along” when he sang ‘Happy‘ and lead Guitarist took to the tables and performed some epic guitar solos.  We closed the night with ‘We Are Young’, the whole wedding party singing along. It was such a great feeling.

Big Thank you to Jess & James for choosing us to be their wedding band in Wiltshire. Special mention to Jess’ mum Juliette, who was just so brilliant and helpful, I don’t think she left the dance floor all night! Also huuuuuge thanks to Arno, Jade and the team at Bowood House, thank you for having us! And thank you to Brian and Martin at Nitelife disco for playing the YMCA to end the night. We loved it! Congratulations Mrs Jess & Mr James Arthur. 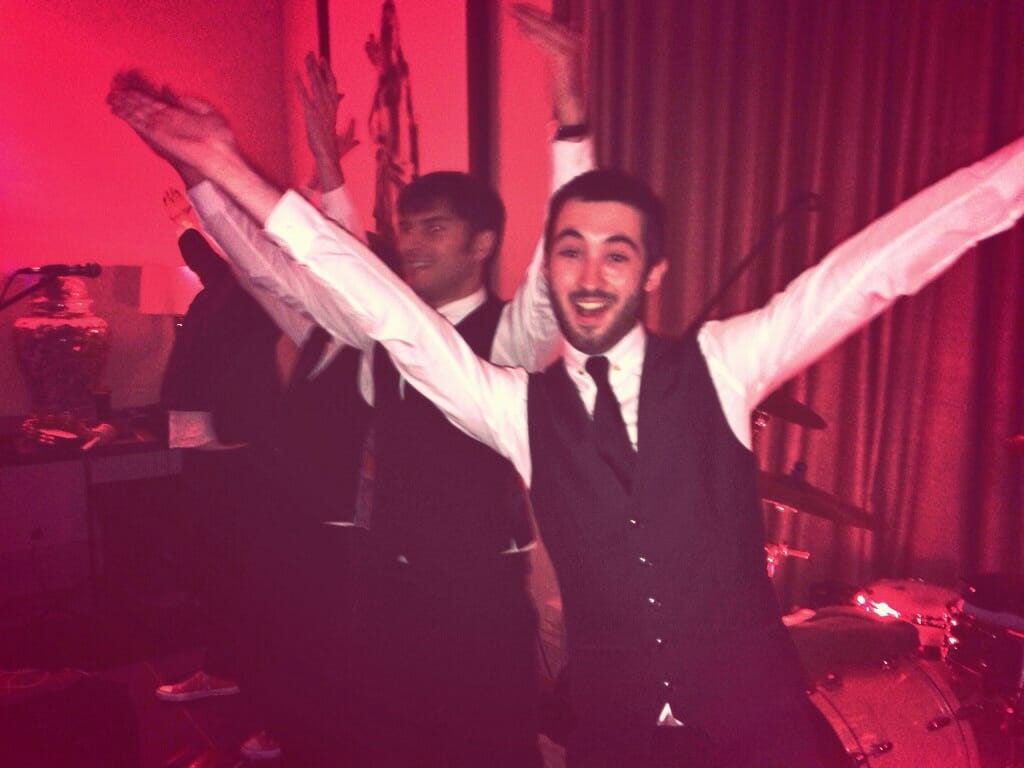 The Zoots have been booked as the band for other weddings events and parties already!

2 thoughts on “Jess and James Arthur’s wedding at Bowood House, Wiltshire May 2014”