February 2020 feels like a long time ago. A time before Covid, it’s hard to remember isn’t it?  We laughed, we joked, we sang, we hugged, it all feels a bit surreal doesn’t it? So let’s go back to a time before Covid. On the 22nd of February we were delighted to be doing our first show on for Jack up Events on the Isle of Wight. Jack Up Events are an event management company best known for organising the annual retro festival Jack Up The Summer, which takes place on the Isle of Wight in August. The festival attracts up to 5,000 visitors per day. 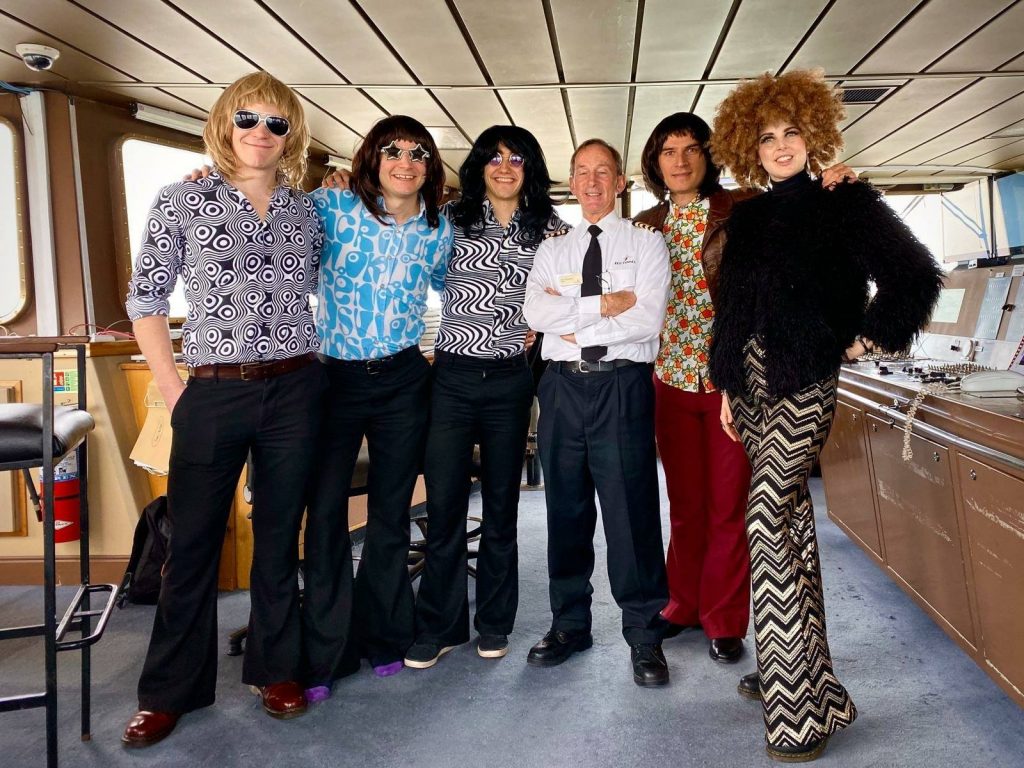 When we arrived at Southampton Docks and boarded the Red Funnel ferry to the Isle of Wight. Our concert was sponsored by Red Funnel so we were escorted onto the ship and shown to the VIP area which had lots of comfy seats AND lots of lovely tea, coffee AND cake!
We then had personal tour of the bridge from the captain which was fantastic.

We arrived in the Isle of Wight and had a short drive to the venue. We loaded in and set up our equipment.  The venue had been decorated and set up in a groovy 70s vibe with lots of glitter and cool table decorations!

Backstage there were a tonne of treats for us; tea, coffee, drinks, crisps and sweets. The team had even arranged to have pizzas delivered for us. Zomg if anything is guaranteed to give us energy for a show its PIZZA and TEA. Thank you so much to Jack up Events for really looking after us so well.

It was showtime! As soon as we started, the crowd were up on their feet. Our first song was ‘Come up and See me’ by Steve Harley and the Cockney Rebel, this song was number one in the charts in February 1975. Here we were playing it 45 years on in 2020 and the audience knew every word! The first set also included classic songs from Queen, Free, TREX, Stevie Wonder and The Rolling Stones in a set we have been perfecting since our first 70s show back in 2011!

It was a really hot evening but the crowd were loving it. They was totally immersed in 70s euphoria!

In the second half our set includes songs from Abba, David Bowie, Jackson 5, Hot Chocolate, Mud, Sweet, Elton John and The Bee Gees. We loved seeing so many fabulous costumes.

We ended the evening with a Grease Medley sung by Ed and Harriet. It was the great finale to a wonderful evening which, little did we know at this point, would be one of our last shows of the year!

Thank you so much to Sarah and Alex for organising such a wonderful event; it was so great to be part of such an awesome show. We really can’t wait for the next one. Many thanks also to the County Press for featuring the concert in the newspaper.

Thank you so much to Jo Monck for all the photos.

We look forward to seeing you at another show soon!

PS. I have just realised its been 10 years since we did our first 70s show in Windsor for Andrew Pearce‘s 40th Birthday party! 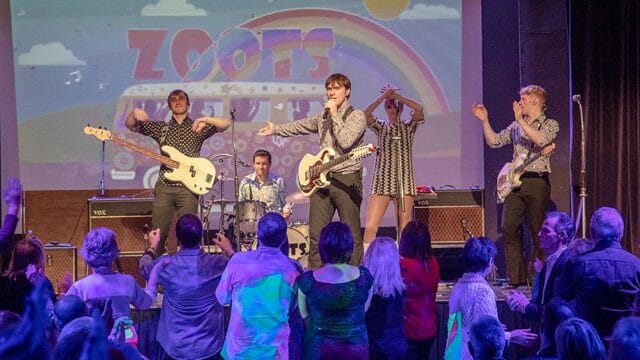