It’s the first time The Zoots had performed Huntington Hall in Worcester, we’re really excited to be here. Ticket sales were great and it looked set to be a great night. I love how well our Sounds of The Sixties poster stood out! 60s Tribute in the Midlands! 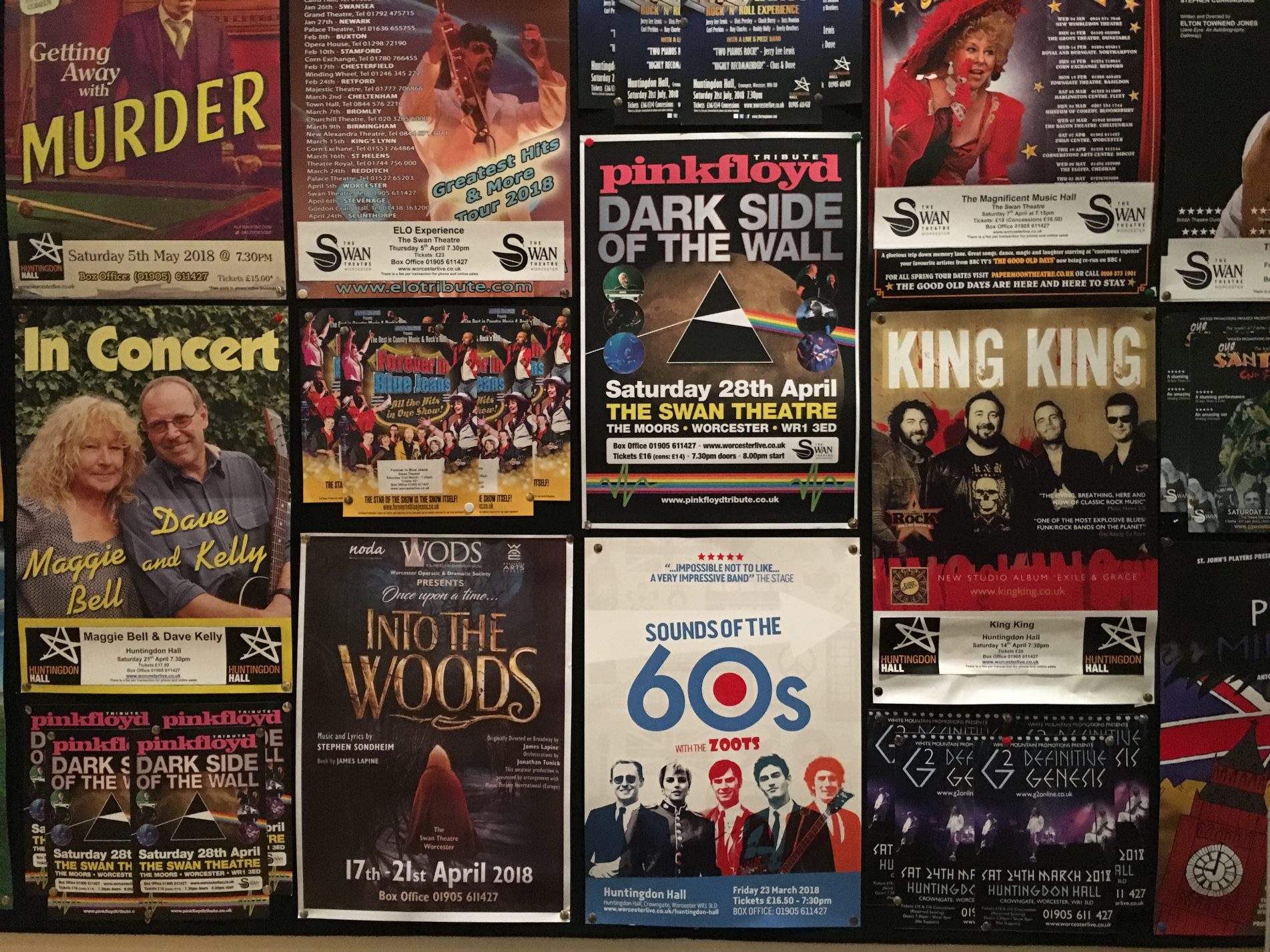 60s Tribute in the Midlands

Huntington Hall is a converted chapel, with a built in stage, tailored to fit with the space, and a cool gallery seating area around the top. 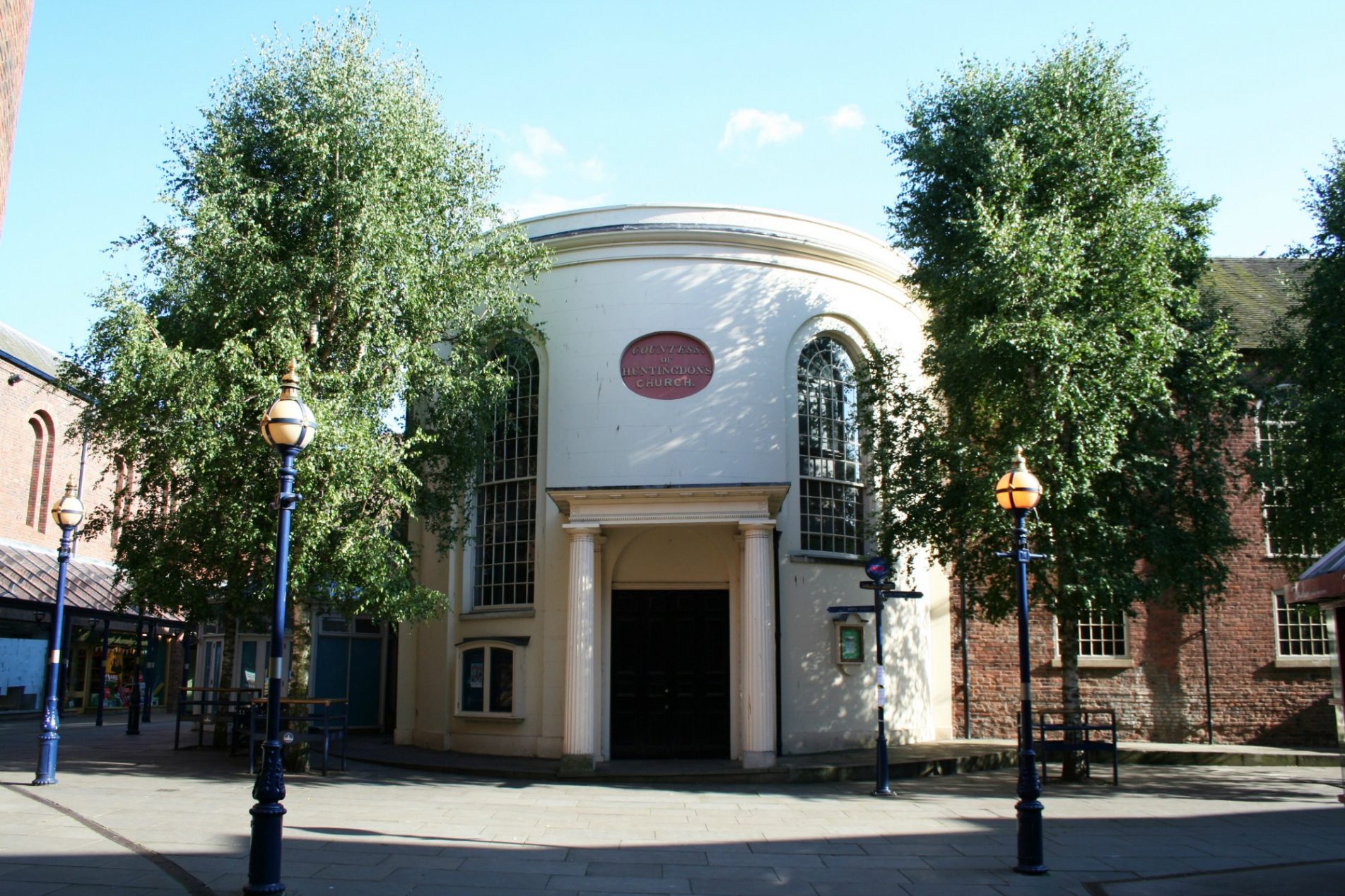 ‘Huntington Hall is Worcester’s premier live music and entertainment venue. Countess of Huntingdon’s Chapel was a thriving Methodist church in the early 18th Century. By 1970, the building closed as a chapel until the late 1970s when it was purchased by the City Council with the view of redeveloping the site. With financial support from the City and County Councils, Huntingdon Hall re-opened in 1987 as a concert venue. 25 years later and Huntingdon Hall is a leading venue for folk music, is becoming increasingly well known for great comedy and welcomes all types of entertainment; classical music, jazz and blues as well as spoken word events.’ http://www.worcesterlive.co.uk

We arrived early to load in our equipment and set-up and soundcheck. The room was a great size, with a large stage, projector and cool lighting. Set up was smooth and we ran some tracks so that sound guy Ed could make sure it’s sounded perfect! 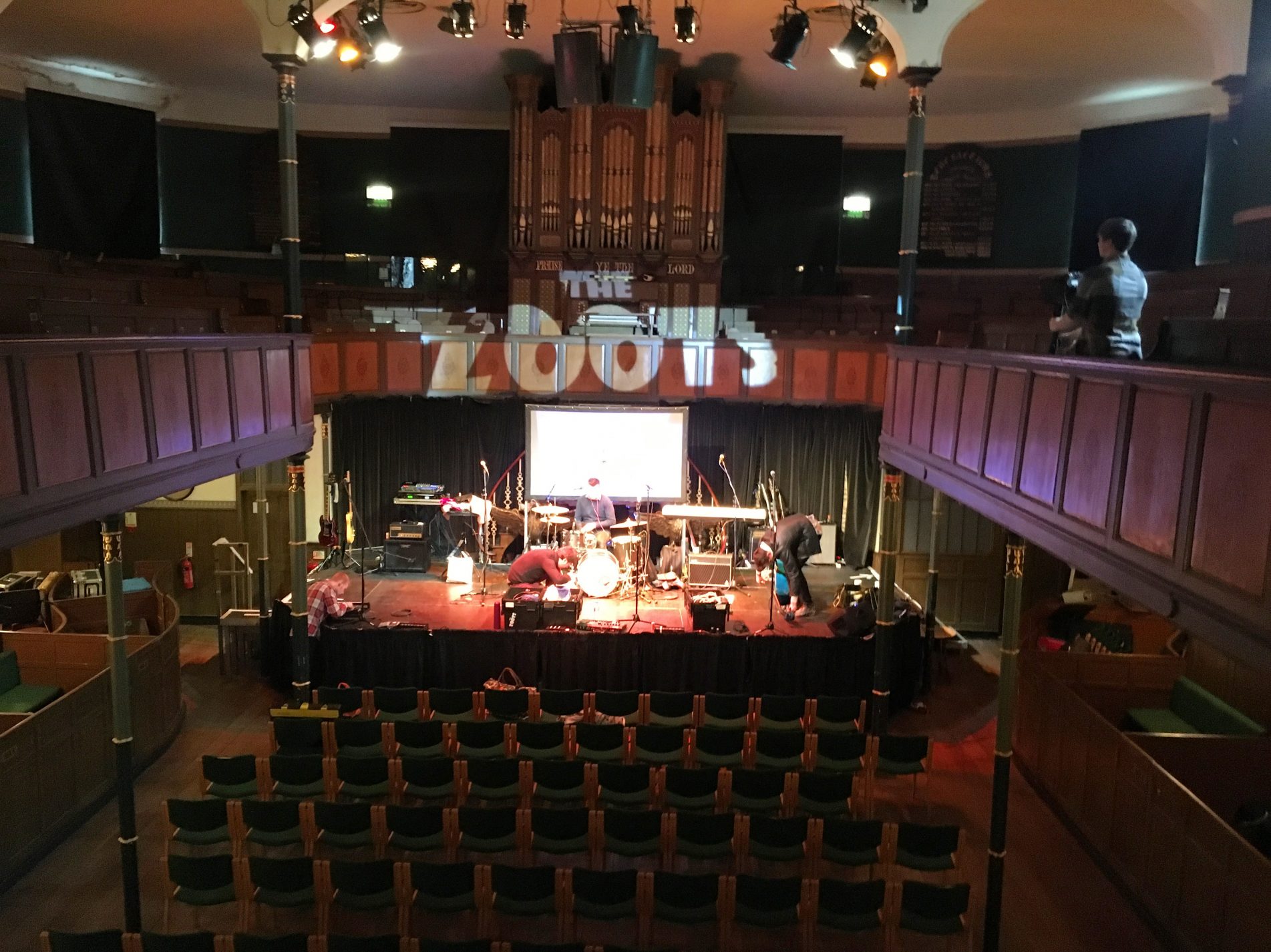 Backstage was well lit, had comfy seats and a coffee machine, boy we were happy, but we didn’t have long to sit as it was nearly time for curtain up and the start of the show!

We warmed up our voices and changed into our outfits, it was time to go on. 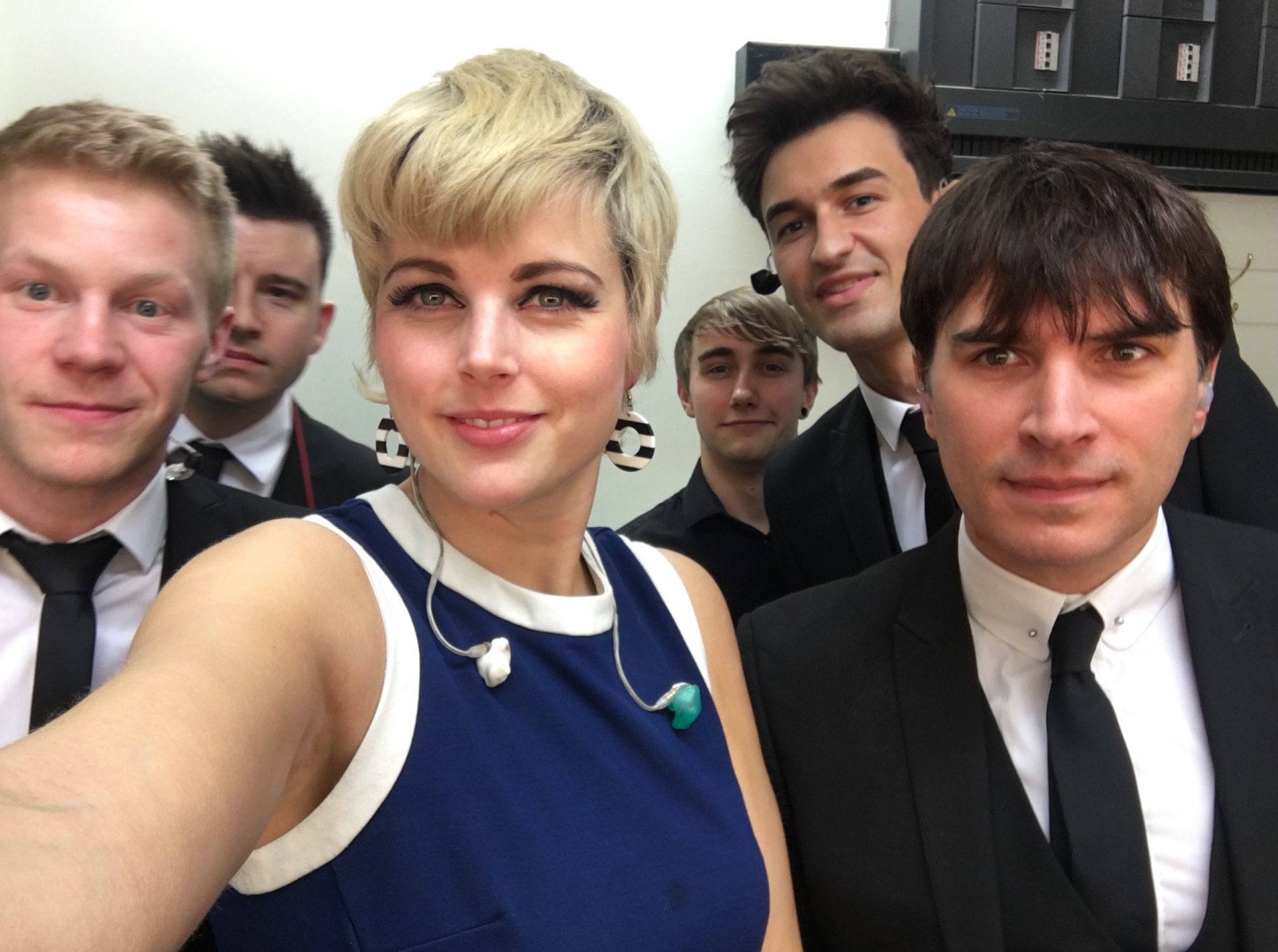 Bursting onto the stage with our rendition of Chuck Berry’s ‘Johnny Be Goode’, had the audience up and cheering right away. The 60s Tribute in the Midlands. 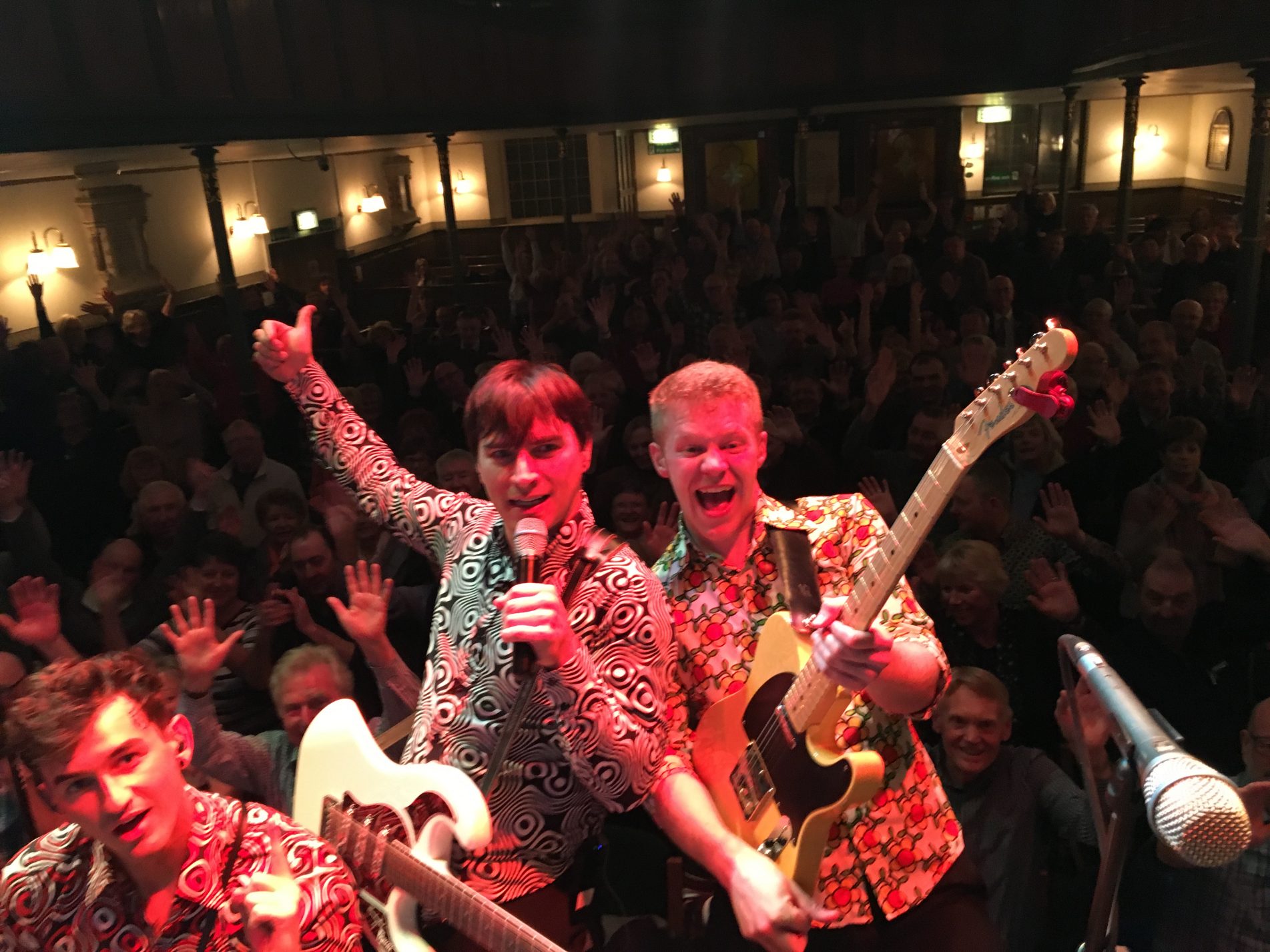 Set 1 was packed with so many hits from the sixties. It went so quickly! Before we knew it, it was time for the interval and quick outfit change for us.

Check out our show dates for our next show near you! For tickets for Huntington Hall show in 2019. Click here

Thank you for reading, Love from,

It was great to see my Uncle Michael, Anne Paul, Paula who came to watch the show.