The Zoots perform at The Coral Theater

This week was so brilliant. It was The Zoots‘ first theatre show with our new bassist Tommy Lloyd. We’ve spent a lot of time at ‘The Farm’, practicing; running through our four part harmonies, working on some new songs and some new moves! Many thanks to Andy and Deb and of course Tommy for putting us up, (or for putting up with us)!Show day was a busy one. We arrived early in the Coral Theatre for set up and soundcheck. It was awesome to be in such a huge theatre again, where, later on, we’d be performing to 1,500 people!

Sound check was great, we had lots of time to get our sound just perfect. We even had some extra time to try out some moves!

We had a short break to get changed, have something to eat and prepare ourselves for our show. We enjoyed a vocal warm up backstage before going on.

Here we are with the lovely Cruise Directors Simona & Dennis pre-curtain. 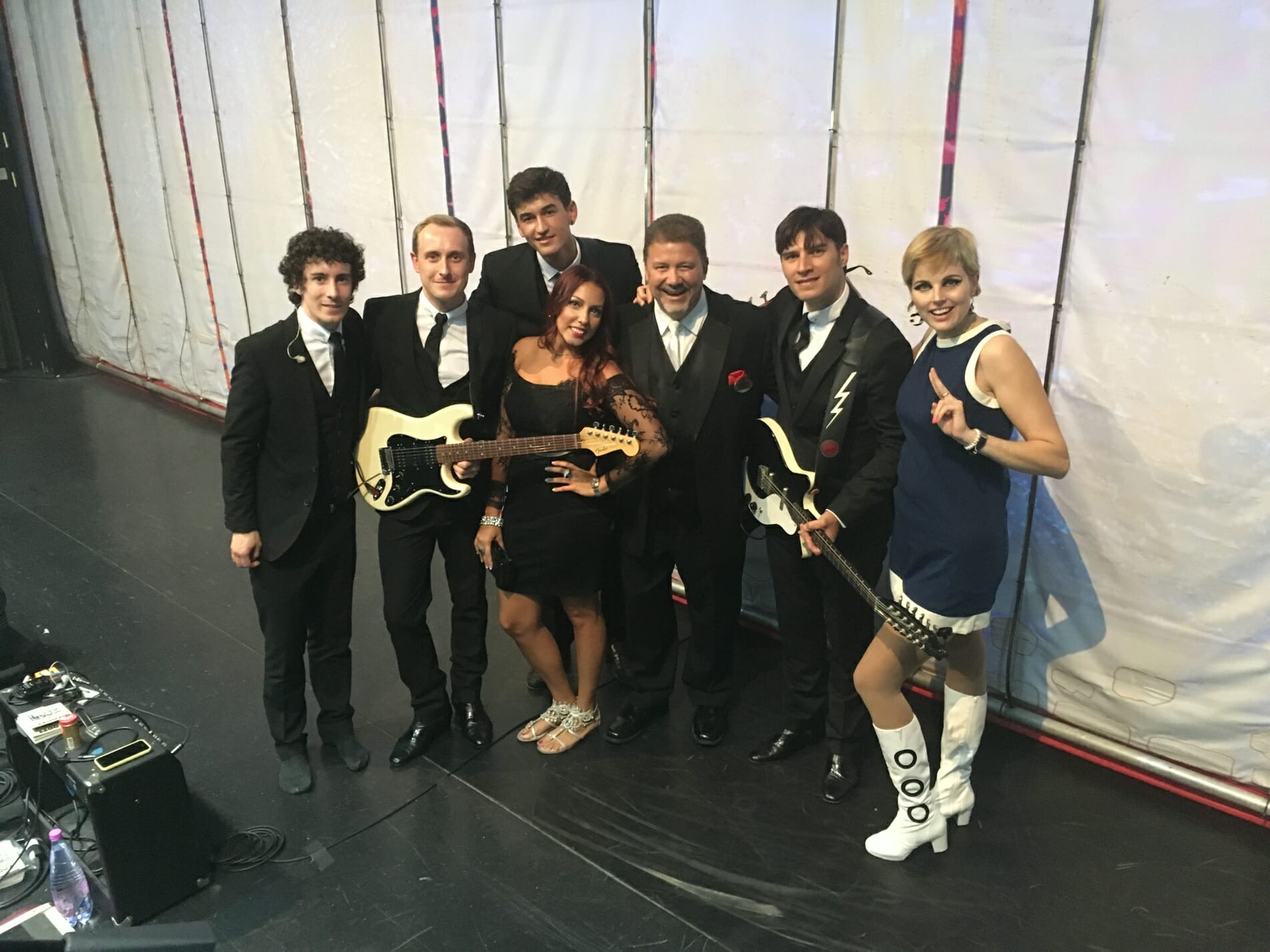 And then we were on for our first show of the night!

Tommy got a big cheer from the crowd when he was introduced on his first theatre show.

We kicked off our first show with a Beatles medley , beginning with their hit from 1964, ‘Hard Days night‘, following with two songs that topped the UK charts in November 1963’ ‘I Wanna Hold Your Hand‘ and  ‘She Loves You‘.

Drummer Simon Small performed a brief strip tease after his drum solo before unleashing his 9″ triangle for ‘Stand By Me‘.

We had a couple of special guests to perform with us; Christina from the USA volunteered her services in the first show and was really energetic. We performed the 1966 hit Gimme Some Lovin by the Spencer Davis Group. Thank you Christina!

In the second show our special guest was Juan from Mexico. Performing Really Got me by The Kinks, Juan put on a fantastic performance, he nearly stole the show!

It was a fantastic couple of shows and fab performance from Ben, Harriet, Simon and Tommy. The harmonies sounded awesome. Our additional rehearsals had really paid off.

As the set came to end the crowd cheered for the band to return, it was a beautiful sight.

For the encore Harriet and I, returned to the stage with Union Jack costumes.

The rest of the band followed and the audience were on their feet dancing the night away.

Our special thanks to these brilliant volunteers for taking the photos for the blog including Leah Savage and friends on the first photo.

Thank you so much to everyone who came to watch us! We’d love to see any photos you’ve taken. 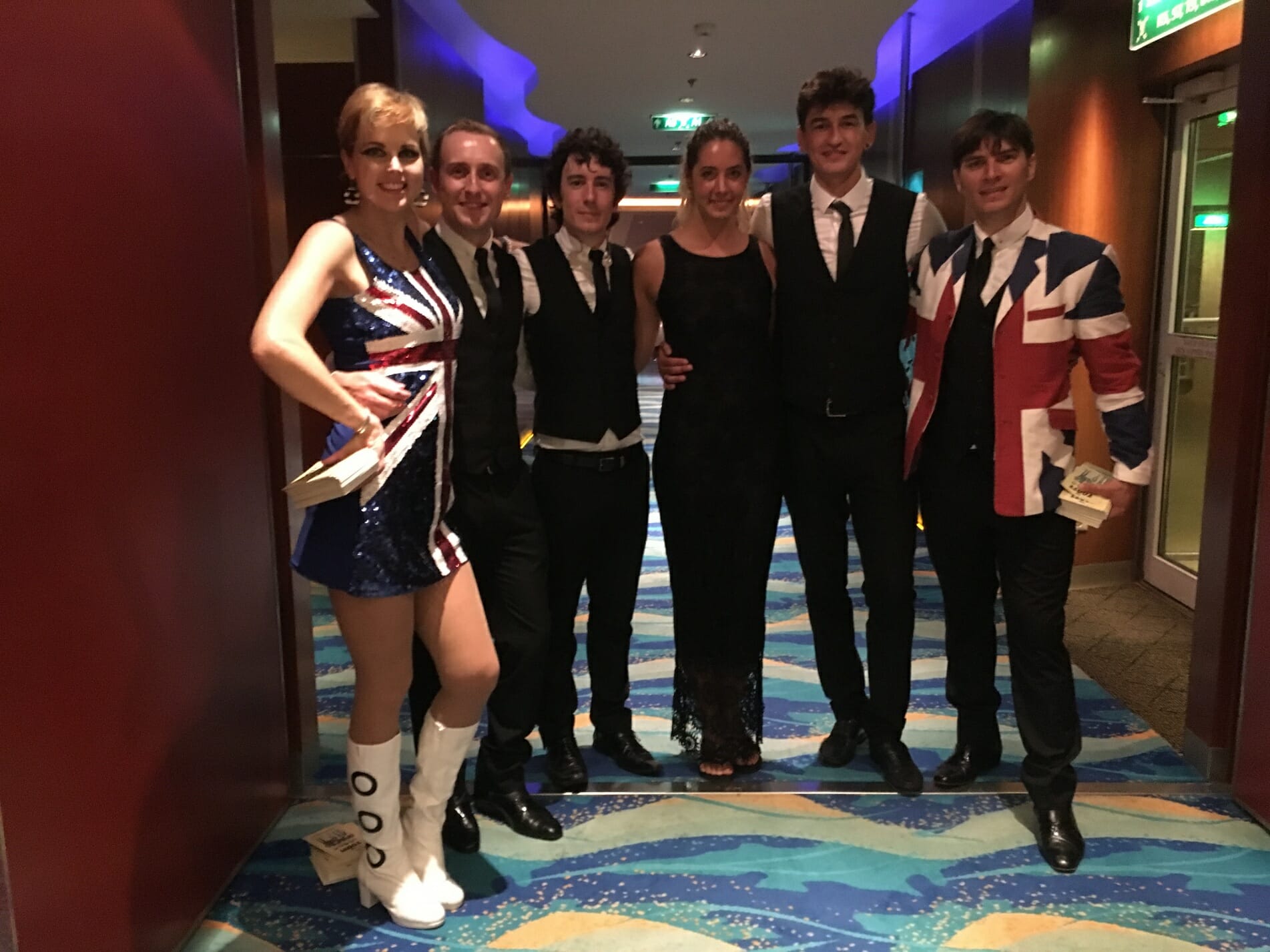 Well done to all The Zoots, Tommy did a fab job on his first theatre show, Simon has done so well considering he has taught himself to sing complex harmonies in only 10 months. Ben has done a brilliant job figuring out all the vocal parts, working out who should be singing what. Harriet has done so well looking after us, keeping us all together, making sure we get on the right planes, taxis, taking care of the band and giving us awesome energy night after night.

Thank you for reading and thank you for all of your support. This week we are back at The Marriot in Swindon and The Reid Rooms in Essex.

2 thoughts on “The Zoots perform at The Coral Theater”