The Zoots perform at Eastbourne Bandstand

Following the success of last years show at Eastbourne Bandstand  we were really looking forward to returning this year.All the members of The Zoots had been working on the show to make sure it was even better than our debut show in 2016. We had some new costumes, new songs all in the spirit of the greatest decade of music, the 1960s. We were luckily enough to joined by Graham Huntley who took all these fantastic photos.
After reversing down the length of Eastbourne Beach, we arrived at the Bandstand and started loading in the equipment. The staff at Eastbourne Bandstand were brilliant, Harry, Phil, both Elaines, all the security and bar staff were all so helpful. After a smooth set up and sound check, we walked along the seafront and got some fish and chips. When we came back, the venue had opened the doors and the crowd was slowly filling the arena and were queuing up right round the corner!

It was fantastic that Graham Huntley was on site to take some of these fantastic photos.

Graham got some fabulous photos of Harriet who performed Boots are made for Walking and Son of a Preacher man by Dusty Springfield.

It was a fantastic show and I tried to make sure I said hello to everyone who came to see us. Just as we started singing The Beach Boys version of Barbara Ann I saw Barbara and Barry Fontyn who have been to see us a few times this year. Peter and Gill Watson who we met on a SAGA cruise also came to see us and they bought all of us a stick of rock from Herne Bay! Thank you so much to them. What a generous gift! It is so nice for us to have all the support, its like having one big family. Everyone is such a big part of our journey.

One of my favourite parts of the show is when I get to smash a guitar, there is something so satisfying about it!

Here is some pictures of our bassist Tommy from the show. It was great to hear Tommy sing ‘Mony Mony’ at the Bandstand for the first time!

We enjoyed meeting lots of the audience, it was great to see some familiar faces! Friends and fans Stephen and Jo Bain were in the front row. The Zoots met Stephen and Jo on at a show on Royal Caribbean and thanks to their recommendation, we got the gig at Eastbourne. Jo also went on a round the world trip wearing her Zoots t-shirt! Jo wore her Blue Zoots T-Shirt in Toronto, Vancouver, Jordan, Bahrain, Lanzarote, Oman and Madeira.

My Dad was also in the audience on his own as my Mum is recovering from surgery. Thank you to my Dad (Martyn) for supporting me throughout my career, without him The Zoots would not exist, he thought of the band name. He also came up with the concept and booked us our first few hundred shows. Luckily for me, my Dad gave up his own career in music when I was born. He was the touring drummer for ‘First Class‘ who had previously had a number one in the US with Beach Baby.  Here is picture of my Dad (in the middle) with Bobby Dazzler. 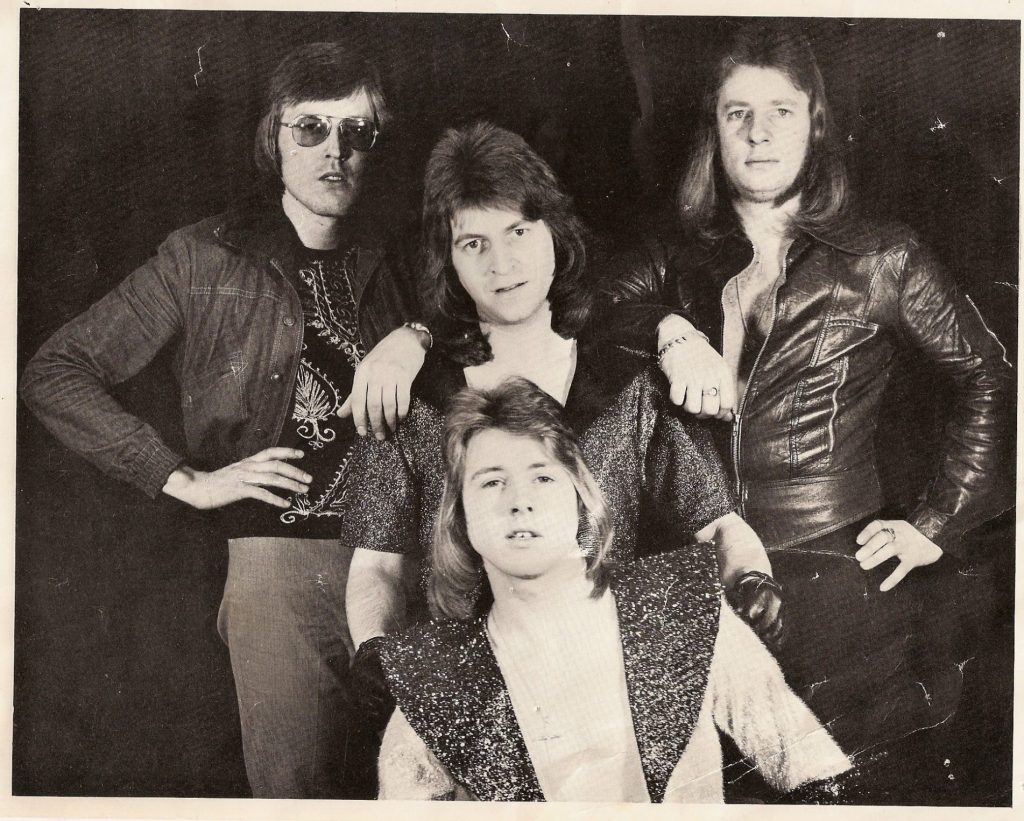 Thank you to Graham Huntley for all the fab photos from the show. Thank you so much to all the staff at Eastbourne Bandstand, you always make the show run smoothly and make sure we have enough coffee, drinks and water. It really does make a difference and helps us give that extra effort in to the show. They even help us with the kit after the show.

Graham got some great shots of Simon playing his Ludwig drums. Eastbourne is always such a brilliant place to perform!

Make sure you check out Harriet’s artwork on her Etsy page, its called Made By Harriet. She really has some amazing work on offer including pins, T-Shirts, paints and drawings.

Thank you so much to The Zoots Jamie Goddard, Harriet, Ben, Simon Tommy and Ed on sound.